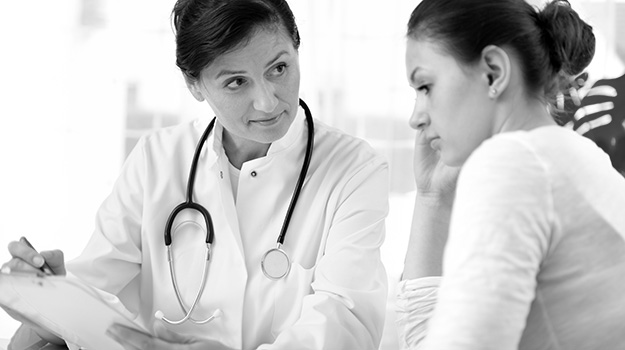 Editor’s note: The World Health Organization has declared the global monkeypox outbreak a public health emergency of international concern—the agency’s highest-level warning and a designation currently used to describe only two other diseases: COVID-19 and polio.

While the U.S. continues to navigate the ongoing COVID-19 pandemic with a recent rise in cases due to Omicron subvariants, there is now growing concern about another virus: monkeypox. A monkeypox outbreak has continued to grow in countries where the virus is not normally found, which has put global health officials at the Centers for Disease Control and Prevention (CDC) and elsewhere on high alert and left many patients wondering what this means.

As the CDC tracks the monkeypox situation, a distinguished physician-scientist helps clear up some confusion.

The AMA’s What Doctors Wish Patients Knew™ series provides physicians with a platform to share what they want patients to understand about today’s health care headlines.

This installment features insight from AMA member Peter Hotez, MD, PhD, dean of the National School of Tropical Medicine, and professor of pediatrics and molecular and virology and microbiology at Baylor College of Medicine and Texas Children’s Hospital in Houston. He took some time to answer some frequently asked questions about monkeypox.

There’s some concern about monkeypox

While Dr. Hotez is concerned, he was glad that the World Health Organization mentioned “the likelihood of this becoming a true pandemic is remote or very low.”

“But I do think we will see an increased number of cases,” he said, noting hundreds of cases of monkeypox have been confirmed in dozens of countries outside the endemic areas of West and Central Africa.

While the numbers in the U.S. are, so far, relatively “low, we need to follow it closely because we do have two different vaccines—one that’s stockpiled and in more abundance.”

It’s not the same as chicken pox

“Monkeypox is an orthopoxvirus. It has some genetic similarities to smallpox, although it produces much less severe disease,” said Dr. Hotez. But “it's not related to chicken pox. A lot of people just hear the word pox and they think it must be all the same.”

“Chicken pox is a herpes virus—like Epstein-Barr virus or cytomegalovirus—and monkeypox is a true pox virus like smallpox,” he said. “And we think there may be two forms. The one in central Africa out of the Democratic Republic of Congo is maybe more severe, with a higher mortality rate around 10%.

“Whereas the one in west Africa—the Nigerian version—is probably closer to 1%, so much less severe,” Dr. Hotez added. “Both are far less severe than smallpox, which can kill up to one-third of individuals.”

“Monkeypox most likely spreads through very close, personal contact,” said Dr. Hotez, noting that is “through an abrasion in the skin or through droplets and possibly through oral contact as well.”

“There is a concern, potentially, that it could be transmitted by aerosolized transmission, although the scientific community is divided about that,” he explained. “Most of us think it probably is not so much transmitted by aerosol, but there are some who think it potentially could be something like if there’s a rupture of one of these pustules or lesions associated with monkeypox and it releases a lot of virus into the atmosphere and you’re close enough, perhaps that could be aerosolized.

“So, most are saying aerosolized transmission is not a major route of transmission, but there are some in the small community of orthopox experts who say, ‘Be careful, don’t jump to that conclusion yet,’” Dr. Hotez added, noting that monkeypox may also spread through respiratory secretions when people have close, face-to-face contact. Contact with fabrics, objects or surfaces contaminated with the monkeypox virus—such as clothing, bedding or towels—can also spread infection.

The virus is not currently sexually transmitted

“It doesn't currently look like this virus is sexually transmitted, meaning it's not being transmitted so much through bodily fluids,” said Dr. Hotez. “If there's a lot of face-to-face, intimate contact with lesions, that's probably the route.”

But the World Health Organization has indicated that they are looking into reports that the monkeypox virus is present in the semen of patients, meaning the virus could potentially be sexually transmitted.

It is also important to note that anyone can get and spread monkeypox. The current cases are primarily spreading among social networks of gay, bisexual and other men who have sex with men, so this community is currently at greater risk of exposure.

“There's no inherent reason why,” Dr. Hotez said. “We've gone down that rabbit hole of stigmatizing gay and bisexual men in the past through HIV/AIDS with devastating public health consequences, not only for them, but for the whole public health community. And we don't want to go there again.”

“It was just by accident that it got into that network in the Canary Islands and then the people who are having contact belong to that demographic and group,” he said.

“We have the opportunity to do what's called a ring vaccination, which was so successful to eradicate smallpox,” said Dr. Hotez. “During the smallpox eradication campaign, what you did was if you had an individual with lesions and clearly had a clinical case of smallpox, you traced all of the contacts and then you vaccinated them.

“And that was dose-sparing in terms of vaccinations and progressed far more efficiently than just doing mass vaccinations of whole villages or cities,” he added. “Potentially we could do something along those lines with one of the two vaccines that we have.”

“This is why I don’t have the same level of alarm about a pandemic or a major epidemic in the U.S. as I might with COVID-19,” said Dr. Hotez, noting that SARS-CoV-2 “was just the opposite of monkeypox with aerosolized transmission, which is the easiest mode of transmission.”

“I don’t want to be too optimistic because the cases will continue to go up as certain contact tracing falls through the cracks, but it won’t look anything like COVID-19,” Dr. Hotez said.

Increased concern for kids and immunocompromised

“The two concerns that I have about monkeypox is—one—it becomes more generalized in the population, especially kids,” said Dr. Hotez. That’s “because kids don't handle this virus as well as adults.”

That’s because monkeypox is a “higher, more disseminated illness with higher morbidity and mortality, so we want to keep it out of the kids if we can,” he said. “And, of course, people who are immunocompromised don't handle the virus well either.”

Unlike with the sudden emergence of COVID-19, there are existing vaccines, treatments and tests that can help curb the spread of monkeypox.

“It’s a great vaccine for eradicating smallpox. The problem is it has a lot of side effects,” he added. “If you have an underlying skin condition such as eczema—atopic dermatitis—the virus finds the places where you have the rash and it creates this very explosive necrotizing, devastating skin illness.”

“So, people with eczema, even if they don’t currently have symptoms—or even potentially psoriasis—you would not want to give them that vaccine,” Dr. Hotez said, noting it is the same for “people who are immunocompromised because they’re receiving cancer chemotherapy or because they’re HIV-positive or potentially on all of the immunosuppressive monoclonal antibodies.”

“But there’s a second vaccine that was authorized or licensed by the Food and Drug Administration in 2019 from Bavarian Nordic,” he said. “Instead of vaccinia, which is a replicating virus, it is modified vaccinia virus Ankara.

“It’s not replicating and has a much better safety profile, so you could probably feel a lot more comfortable using it for monkeypox,” Dr. Hotez added.

There is no specific treatment approved for monkeypox virus infections, according to the CDC. But antivirals that were developed for use in patients with smallpox may work.

“We have two antiviral drugs. One is known as brincidofovir. Another one is tecovirimat and those were developed primarily for smallpox, but people believe that it could be used to treat monkeypox as well,” said Dr. Hotez. “CDC has not given firm guidelines yet on whether it would be anybody with lesions or only for individuals who you suspect may go on to develop more disseminated infection.”

The symptoms of monkeypox are similar to, but milder, than those experienced with smallpox, beginning with “fever, back ache, headache and then one of the first telltale signs is lymphadenopathy—swollen lymph nodes—either around the head and neck or in the genital area,” said Dr. Hotez. “And then the characteristic rash appears.

“But if you have fever, you feel crummy, you have swollen lymph nodes, that’s a red flag to look out for having those lesions and contact your physician,” Dr. Hotez said, adding the time from infection to symptoms for monkeypox is typically seven to 14 days, but can range from five to 21 days.

Remain cautious and aware, not panicked

“If you've been to some of the known major sites of exposure, have that situational awareness that you could potentially be at risk,” said Dr. Hotez. “And when talking to your partner, make certain that they feel well and that they don't have lesions.

“That’s going to be the most important part. And if you start seeing lesions develop or lymphadenopathy, have a very low threshold for seeking medical care and advice,” he added. “But don’t panic because, of the cases so far, there have been no deaths. And remember that we have lots of interventions for it, so this can be managed.”

“The key is contact tracing, identifying those cases, and treating and vaccinating accordingly,” Dr. Hotez said.

This is an excerpt from the full article published by the American Medical Association (https://www.ama-assn.org/delivering-care/public-health/what-doctors-wish-patients-knew-about-monkeypox)