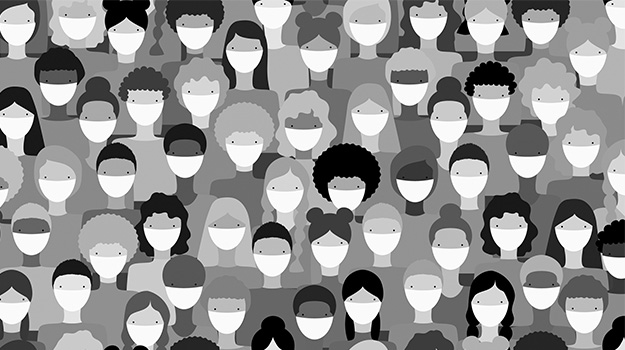 Citing the growing number of people fleeing the invasion of Ukraine by Russian forces and seeking refuge in other European countries, the European Centre for Disease Prevention and Control (ECDC) has released guidance for health officials and clinicians, targeting concerns about infectious disease vulnerabilities among the refugees.

Nearly 2.7 million people have fled Ukraine as of March 12, slightly more than 2 weeks since the start of the Russian invasion on February 24, the majority entering 5 countries bordering Ukraine (Poland, Hungary, Romania, the Republic of Moldova, and Slovakia). An additional 2 million people have also fled their homes and relocated elsewhere within the country.

The ECDC report provides guidance aimed at public health authorities, frontline health care workers, and general practitioners in the countries receiving displaced people from Ukraine on what is needed for infection prevention and control related to the influx of refugees. It notes that many will need to be housed in group settings such as reception centers where the risk of outbreaks of infectious diseases is heightened.

The agency said that public health authorities should boost awareness among their community health care professionals about the vulnerability of displaced people to infectious diseases, as well as the need to ensure access to services and programs that both address gaps in individuals’ vaccination histories and ensure the continuity of routine vaccinations.

In addition, physicians in host countries “should be informed so that they can adjust their diagnostic and reporting algorithms accordingly,” the guidance says.

The guidance highlights 3 infectious diseases of concern—COVID-19, polio, and measles—that could be exacerbated by conditions during displacement.

Many of the people fleeing Ukraine are thought to have suboptimal vaccination coverage against COVID-19. Ukraine recorded its highest 7-day average daily case rate of 35 978 cases on February 10—during the country’s fourth and largest wave of COVID-19, after the emergence of the Omicron SARS-CoV-2 variant—and only slightly more than one-third of Ukrainians had received at least 1 dose of vaccine for COVID-19 by that time.

This figure is well below the European Union/European Economic Area average of 71.7%. Vaccine uptake is also uniformly low across all age groups of Ukrainians, the report notes.

In addition, because rates of routine childhood vaccinations are reportedly suboptimal in Ukraine, public health officials are concerned about risks posed by polio and measles infection.

Children in Ukraine, particularly those younger than 6 years, are vulnerable to polio, mainly because an insufficient proportion have been vaccinated. Vaccination coverage for polio was 80% in 2021 overall, with numbers ranging from approximately 60% to 99% depending on the age group and region.

“In certain oblasts [regions] in the west of Ukraine, the vaccination coverage is considerably lower than in the neighboring host countries,” the report says.

The report also describes measles as “a serious concern” because the vaccination coverage in Ukraine—about 82% in 2020 for 2 doses of measles-containing vaccine—is insufficient to prevent outbreaks. Crowded conditions in settings such as bomb shelters and reception centers could facilitate the start of a measles outbreak, particularly since measles in Ukraine occurs more frequently in the spring, the report notes.

“Ensuring vaccination coverage against poliomyelitis, measles and COVID-19 should be a priority,” the ECDC said. “Vaccine acceptance also needs to be assessed and addressed among those fleeing Ukraine.”

Other concerns include tuberculosis and HIV, as well as seasonal flu. Ukraine reported the second-highest number of tuberculosis cases in Europe in 2019 and is among the 10 countries globally with the highest burden of multidrug-resistant tuberculosis.

Ukraine also has the second highest rate of HIV diagnoses and the second-highest prevalence of HIV/TB coinfection in the World Health Organization European Region.

“Healthcare providers should be aware of these risks so they can diagnose and successfully treat infections with multidrug-resistant organisms in displaced and wounded people in a timely manner, thus preventing transmission of such organisms in hospitals and other healthcare settings,” the report says. It recommends preemptive isolation of patients who are transferred from hospitals in Ukraine or who have a history of hospitalization in Ukraine in the past year, screening them for carriage of multidrug-resistant organisms and using various infection-control strategies such as hand hygiene, screening, isolation of affected patients, and other measures.

The ECDC also notes that countries receiving refugees from Ukraine should consider enhancing surveillance for vaccine-preventable and other communicable diseases and creating syndromic surveillance systems at reception centers—and, if feasible, in the community—to monitor various indicators to detect the emergence of diseases and track their progression.

The ECDC acknowledged that although the report focuses on prevention and control of infectious diseases, other issues related to the welfare of Ukrainian refugees will also need to be addressed.

The infectious disease vulnerabilities addressed in the report, the ECDC says, “are just a few of the risks to the health and well-being of the displaced people, and that the measures described in this document should be part of more generalized health measures, including diagnosis and treatment of chronic disease and mental and psychosocial health.”