NATIVE CONTENT ADVERTORIAL | Brought to you by: Provider Solutions & Development

Is a career change part of your strategy for the future? Provider Solutions & Development has a team of experts ready to guide physicians through today’s job landscape. We are committed to finding you the right team, the perfect setting and the work you are meant to do. Learn more at psdconnect.org.

After launching a publishing company in England, physician returns to his roots in response to COVID-19​ 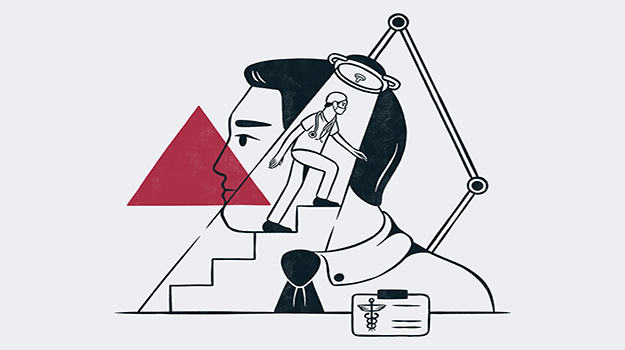 If it weren’t for COVID-19, Dr. Tony Knott may never have returned to practicing medicine.

In 2014, he left his New York clinic and his worries behind and flew to England. He wanted a fresh start, and he needed to find himself again after decades of stress and long hours.

But in summer of 2019, his mother was nearing the end of her life, and he moved to New York City to care for her. One day the following spring, he and his adult son spent the afternoon together, riding the subway, wandering the stacks at the New York Public Library and grabbing pizza for dinner.

“Five days later, on the dot, we both looked at each other and said, ‘Are you feeling weird?’” Dr. Knott says.

They were among the 2 million New Yorkers who came down with COVID in March 2020. His son recovered in six days, but it took Dr. Knott a few weeks to feel healthy again.

Tens of thousands weren’t as fortunate, and when New York Governor Andrew Cuomo put out the call for health workers of any kind to help, Dr. Knott signed up to volunteer. He worked every single day of April, providing in-patient care at NYC Health + Hospitals Coney Island Hospital in Brooklyn, one of the top three most affected areas in New York. The experience was life-changing.

“I’ve never seen anything like that in my life,” he says. “When I arrived, there were intubated patients on the main floor, because they had no place to put them. The stories that you hear are absolutely true. They had too many patients and not enough intensive care staff.”

Rather than being overwhelmed by the intensity and enormity of the situation, Dr. Knott says he felt invigorated and alive.

“It kind of turned my head around, as far as medicine goes,” he says. “I knew that after we got through the worst of it, I wanted to be a doctor in the U.S. again. It was one of those life experiences where I realized that I still have some use.”

Dr. Knott inquired about working at the same health system where he’d spent his “month of COVID,” as he calls it. He already knew he loved the mission, the energy and the people. He worked with Provider Solutions & Development, which recruits for NYC Health + Hospitals, to learn about the available positions. PS&D Physician Recruiter Kyle Travers guided him through the interviewing and hiring process.

“Kyle was great,” Dr. Knott says. “There was a lot to figure out, with me coming back to the states. He took the time to get to know me on a human level and understand my journey. I really wanted to go where there was the most urgent need, and Kyle helped me look at all the options and find the right role for me. He was a huge advocate.”

Dr. Knott is now a Primary Care physician at Coney Island Hospital’s Ambulatory Care Clinic. He says NYC Health + Hospitals has been the perfect health system for him to come back to, and that he’s enjoying practicing medicine again.

“I’m having fun with patients, and I’m talking with people,” he says. “I’m learning Spanish, which I’m thrilled about! I take things with a grain of salt now that I might have taken too seriously years ago. The people who come here really need the care; they have no other place to go. It’s very elemental. It’s medicine, being done the way it’s supposed to be. It’s being a doctor and doing the right thing.”

From Burnout to Books

In 2014, when he was on the plane to England, Dr. Knott felt none of those things. He felt burned out and disillusioned by a health system dependent on insurance companies. He felt bogged down in regulations, overworked and physically spent.

He’d been working for years at a private practice he bought in Montauk, a fishing village and tourist hot spot on the eastern tip of Long Island, where the population swells from 5,000 in the winter to 25,000 in the summer.

“Montauk is an hour from the nearest hospital, so I was the only doctor there,” Dr. Knott says. “I took out fish hooks, I treated heart attacks, I sewed up people’s faces, and I liked all that. I was really part of the community. I knew everybody in that town.”

But he says over time, owning his own practice became a burden.

“When I bought it I didn’t realize what that meant, from a financial point of view,” he says. “The insurance industry changed so much over the years, and I was stuck with a huge debt. I finally sold to the hospital group, and that worked out fine. But then, because I was working for them, I was seeing my own patients, plus being on call and working at a nursing home.”

Between his three job locations and his commute, he was driving three hours a day and working sometimes 100 hours a week. His two sons had grown up and moved out.

“I just came to this decision,” Dr. Knott says. “I thought, ‘I still have one more adventure left.’ It turned out to be a really good move, to follow my heart and get into a new environment.”

For years, writing had been his therapy — his outlet. He had dual citizenship, thanks to his British father, so he moved in with friends and founded a publishing company in the United Kingdom. For five years, he immersed himself in the world of words, giving life to volumes of poetry, mystery novels and short story collections.

But he couldn’t quite leave medicine behind. He took a part-time job as a social worker, so he wouldn’t have to deal with getting his medical license in the midst of the Brexit political turmoil.

His shifts ran the gamut from checking in on patients in council estates (public housing) to visiting patients at their homes who failed to come to their medical appointments.

“It was fascinating,” Dr. Knott says. “I saw it all from a patient’s point of view. Nobody knew I was a physician. I was able to let go of my role and the status of medicine. In the U.S., we have such a relationship with status. I did my best to drop all of that.”

He loved working in British hospitals. “You’d go into a ward, and all the patients are out talking to each other, telling each other what’s going on with their health. And the tea cart comes around every day! It’s great.”

Dr. Knott’s five years abroad revealed many things to him, but perhaps his biggest revelation was that he didn’t want to retire.

“I thought writing would be the thing, but it wasn’t enough,” he says. “I can grow old being a doctor.”

At NYC Health + Hospitals, he has found a slice of his experience in England. He is back in the city he grew up in. And he’s doing a job he loves.

“It’s like riding a bicycle; it’s all come back,” Dr. Knott says. “And I have a new mindset now. I have a completely different approach to it. I’m so glad I took that break, to think and analyze what all this is about. It saved me.

“You enroll yourself in this life, and you think you have to keep going and doing what you always have done. But you don’t. It’s easier than you think to do something else. I’m an old fogey now, but I can still be of use, and it would be a waste not to be, because I have the energy and the knowledge. I’m mentoring young doctors. It’s the young generation that counts now. I see that. They need to hold this world together.”

Dr. Knott says he’s grateful that he got on that plane in 2014. His publishing company is still going strong — he has more manuscripts than he has time to read and edit.

“I thought I had one more adventure left,” he says. “But it turned out to be two more.”

Provider Solutions & Development is a community of experts founded within Providence, a purpose-driven, 51-hospital health system, over 20 years ago out of a clear need to change recruitment. Today we support dozens of hospital systems and serve physicians and advanced practice clinicians with heart, from residency to retirement, so they can do the same for their patients. With exclusive access to hundreds of positions across the nation, Provider Solutions & Development offers holistic, personal career coaching and placement that puts clinicians’ needs first.

More information about Provider Solutions & Development can be accessed at psdconnect.org.

NATIVE CONTENT ADVERTORIAL | Brought to you by: Provider Solutions & Development 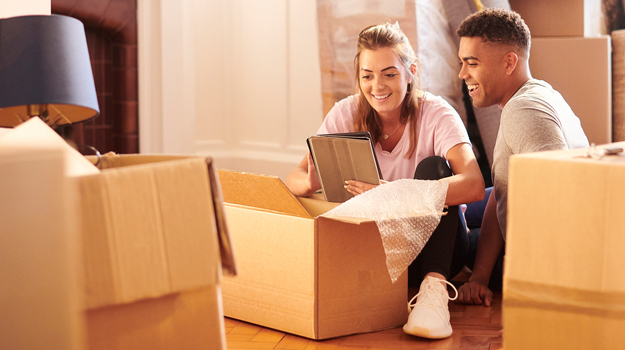 Physician Relocation: What to Know Before Making a Move

Clinic or Hospital: Where Will You Be the Happiest? 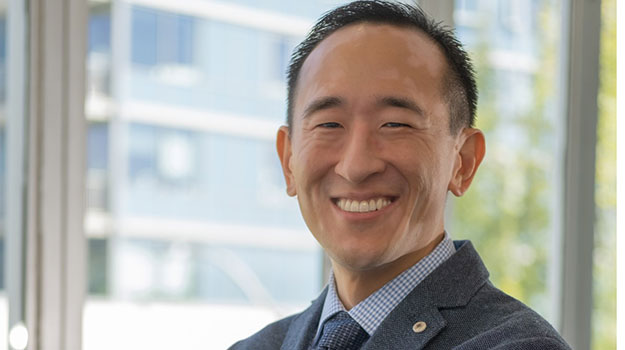 How to Practice LGBTQI+-Centered Healthcare