JAMA—A Piece of My Mind: Making Space for Grief in Academia, by Krista Lyn Harrison, PhD 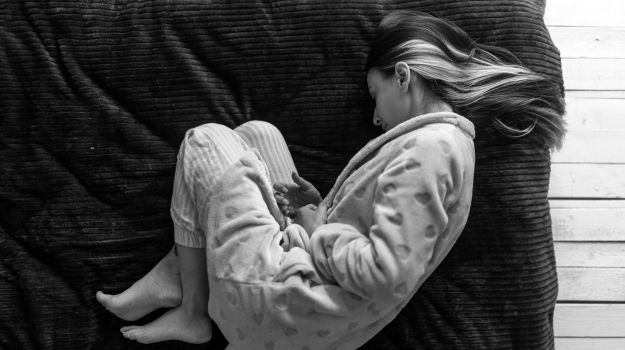 During the 5 months between my son’s 2nd birthday and my 37th, my father and stepfather died.

The day after my son’s birthday, my father died alone in the hospital, 10 hours after we gave permission to withdraw life support. Five days earlier, he and 3 friends had been hit by a driver while they were cycling. At 68, he had ridden more than 17 000 miles during the prior year, thinner than as a 3-season collegiate athlete. When my brother called, saying “Dad’s alive but…,” we could Google the accident on the other side of the country and guess which shattered bike was his. I imagine he somersaulted off the roof of the car like a pitchpoling sailboat. Instead of dunking and righting and laughing as he taught us on Lewis Bay, his neck and arteries dislocate resulting in catastrophic head injury.

We sat by his hospital bed, played his eclectic music favorites, held his swollen hands, averted our eyes from the leg wounds, hoped he could hear us, hoped he couldn’t. The family members that could, gathered. We were braced for a swift departure, but as warned, the duration was hard to predict. Later, alone, I curled up on his chest, one last time, and listened to his heart, off-kilter. After a few hours, the trauma team reclaimed the bed and sent him to the oncology unit. We were sent home to tend to our grief and wait; he died while we slept.

Five months later, the day before my birthday, my stepfather Larry died at home with my mother and stepbrother at his side. Eight months earlier—before my father’s accident—all 3 children flew home during a hospitalization followed by a hospice admission related to Larry’s 9-year journey with a rare neurodegenerative disorder. We returned to our own homes; weeks of waking to an emoji thumbs-up: Larry was still breathing. Despite 30 lb of weight loss in 6 months, Larry flunked hospice, kicked out just before 180 days of hospice care. The next 6 weeks stolen, spent instead reestablishing care and trading out home equipment. Then the plateau ended, the equilibrium punctured, Larry experienced a sudden downturn from a presumed infection. I flew back across the country to help. Using a handmade communication board, Larry agreed to forgo tests and antibiotics. Fearing that dying at home without hospice would mean police and similar intrusions, we reluctantly reenrolled with hospice. A few weeks later, I was the one saying goodbye on the phone, my final messages read during his conscious moments. When the broken heart emoji came, it came with reassurances of peace.

Losing parents is so terribly ordinary. Yet much like becoming a parent, these acute losses come with learning a new way of being, a new language: The world split into before and after.

These losses were substantial and yet the losses kept coming. My uncle died 5 months after my stepfather, then my high school friend, my next-door neighbor, my cousin, my aunt. My closest collaborator left for another institution; our team of 9 dissolved to new opportunities. My son’s daycare moved; my office moved. After losing my father, each subsequent death, each change, each grief was different and multiplicative.

As a researcher in geriatric palliative care, my professional life has focused on how to improve policies and care for people who are dying and for the family and friends around them. This meant I had a network of expert colleagues I could call upon for guidance and support as I attempted to make my father and stepfather’s deaths less terrible. Everyone would benefit from access to palliative care expertise; everyone would have it if our systems were differently organized. Yet I had no similar expertise to call upon for advice about grieving.

Academia rewards those who can make hardship invisible, who can be productive amid and despite crisis. Colleagues told me to take the time I needed, yet what I needed seemed unknowable. It was my second year on faculty in a “soft money” environment; I needed grants to have a job the following year. I remember sitting on my mother’s couch in Florida, toggling between writing my dad’s obituary, helping with my stepfather’s breathing treatments, and editing a grant due in 2 weeks—my son asleep on my lap. Meeting deadlines felt easier than requesting extensions, than explaining. Academic parenting, sandwich generationing, left no space for processing.

Academia must shift the norms and expectations around loss and bereavement leave. To be sure, every grief experience is unique; no single policy could suit all situations. Yet much like parental leave policies and norms are increasingly substantial and customizable, similar supports are needed for the bereaved. As health care professionals, we can lead the way in making such a change. In retrospect, what I needed was systematic supports and anticipatory guidance. In the early days, I needed other people to share news so that I didn’t have do it, to cancel responsibilities on my behalf to spare me emotional labor, help renegotiating expectations, and connections to grief support groups and counseling. I needed funding for a year so that I could wait to write grants. Later, I needed explicit (repeated) normalization of the nonlinear nature of grief to counter the internalized narratives that “I should be better now.” In other words, I needed advice on how to actively recover.

After each death I went back to work within a few days. Practicing normalcy, being back at work, was both reprieve from grieving and access to examples. Colleagues cautiously began to share their own stories of loss. I desperately needed these maps for grieving, especially the proximate stories: of sudden loss, of navigating loss as a new parent. Yet the hazard of my research focus meant that every meeting, every conference, every manuscript threatened to trigger my grief. Brain scans discussed in a research meeting (not my father’s, unchanged in 24, 48, 72 hours); a study of hospice recipients disenrolled for extended prognosis (clenched jaw when someone asks, “Is that a bad thing?”).

Sometime between the deaths of my father and stepfather, someone asked what I was doing for “self-care.” I stared at them. What were the options? Self-care was a laughable concept, the well of need inarticulately deep. It took one colleague insisting, and another rescheduling my meetings, before I took a week off: what would have been my father’s next birthday. Every day of this “grief sabbatical” I hiked and cried, until I could find words again.

Another colleague admonished me to continue to make space for grieving so as not to burn out. After my stepfather’s funeral, I began pursuing…not recovery, nor healing, but rebuilding myself around these wounds. No one had advice on how, so I started small. A yellow journal with a self-made calendar, aiming to record at least one activity daily from my list: exercising, therapy, journaling, meditating, crying, massage, acupuncture, and more; a visual summary of self-investment, of the effort of recovery.

I listened to the colleague who said that accepting help was a gift to the otherwise helpless. I sat in their living room many times while my son played with trains and we talked. I hired someone else to collect data for the grief-tainted grant. I requested extensions for another grant. I sought ways to make progress regardless of whether the grief was intrusive or compartmentalized, stratifying and ordering my to-do list by cognitive and emotional load. I prospectively blocked time off work for deathiversaries and nonbirthdays, recurring annually. I read books about grief and trauma, I found grief podcasts. I worried less about the “should” than the “can.” Forward progress, titrated to daily capacity and circumstance.

When the coronavirus pandemic began, I relearned, expanded, and shared this menu of coping practices and resources with colleagues and friends navigating their own losses. I’ve heard these resources have been further passed along to other grievers and pandemic survivors. I became the one cautiously sharing my experience. Of how I learned to live and laugh amid loss and uncertainty. To accept the duality of and oscillations between being ok, and not. Vulnerability itself can be a gift, normalizing loss and reintegration.

Anniversaries pass: a fourth birthday, a second deathiversary. We create rituals to honor both events, unnecessary reminders of the pairing of tears and laughter. My voice catches while reading Where the Wild Things Are out loud; I hear my father’s cadence behind my voice. I teach my son his grandfathers’ names and faces, explain their deaths again in face of a 1000 child “whys.” I press my thumb to my 2 pendants with deathbed fingerprints and signatures stolen from old cards. I am finally opening condolence notes, looking through left-behinds: dad’s Boy Scout knife, his notes on scrap paper, his poems. One ends: “I dust my pants, /wipe my eyes, move off into the darkness again.”