For This Emergency Doctor, the Hardest Diagnosis Was His Own 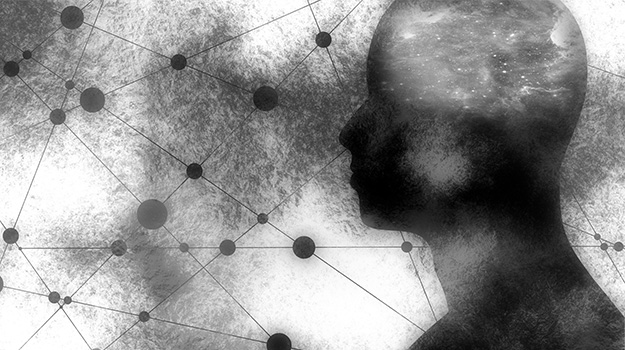 Making snap judgments about illnesses and injuries is what he does every day. So when emergency physician Seth Trueger, MD, MPH, experienced progressive trouble walking and talking, he might have expected a quick diagnosis. What he got instead was a nine-month diagnostic odyssey that required him to use his privileges as a physician to help navigate the complex U.S. health care system writes Timothy M. Smith, AMA senior news writer.

It was July 2020, and Dr. Trueger’s biggest health concern over the previous few months—one shared by hundreds of thousands of his physician colleagues on the pandemic’s front lines—had been how to avoid bringing COVID-19 home to his wife and daughter. He was only 38, and active, so it didn’t make sense when he began losing his footing while out for a run or just walking down stairs. He set up a time to meet with a neurologist at Northwestern Medicine, in Chicago, where he works.

“By my appointment, I had some minimal dysarthria—barely enough to register over my lifelong fast speech and mumbling,” he recounted in an essay that was published in JAMA Neurology. “I don’t know what I was hoping for. No problem but no explanation would be frustrating; an easily resectable meningioma could be ‘good.’ The magnetic resonance imaging was normal.”

His symptoms slowly progressed, and eventually the best his neurologists could come up with was that he might have a progressive genetic disease. This introduced a new concern.

“Is my daughter at risk? How do we tell her? How long would I be able to continue working clinically?” Dr. Trueger wrote.

Unable to get a definitive diagnosis, he started reaching out to his professional network for recommendations.

It’s Not Easy Being a Patient

“It was a big shift for me to go from being a physician—someone who treats patients—to someone who is also a patient,” Dr. Trueger said in an interview for this story. “I remember standing in the changing room for my first MRI, wearing my gown and hospital socks and looking in the mirror, and thinking, ‘I’m a patient now. I have an IV. I have a patient ID band.’ This was a total shift to me. Obviously, I've seen doctors before—I’ve had broken bones and that sort of thing—but this was totally different.”

He also had to figure out when to reveal to his doctors that he too was a physician, as well as when to dictate his care or make recommendations. His experience in emergency medicine only heightened his anxiety.

“I've always understood how messed up our system is, how hard it is to navigate,” he said. “In the ER, we often see patients who the health care system has failed. We coordinate care for them across a range of specialties. We see patients with chronic diseases who struggle finding the right teams to help them manage it. I wasn’t eager to experience that myself.”

Now he was on the phone with interventional radiology, interventional pulmonology, thoracic surgery. He couldn’t fathom how nonphysician patients would be able to navigate the system.

A Lot of What-ifs

Becoming ill could have quickly turned Dr. Trueger’s career on its head, but he got lucky early on.

“My disabilities fit well into my kind of practice—at a big university hospital,” Dr. Trueger said, noting that he leads a team of residents and advanced practice providers at Northwestern University. “I would come in using a walker—which was a pretty clear sign I had something going on—and introduce myself and say, ‘I have slurred speech, so let me know if you have trouble understanding,’ which I think pointed out the elephant in the room. Patients seemed to get it."

Still, he had to worry about the demands of making his way around the emergency department. He eventually found counters too high and stools’ wheels too slippery, so even making notes in patients’ records was challenging. Northwestern was happy to accommodate him, but he knows not all employers would make the extra effort.

He also worried what would happen if his condition worsened. Dr. Trueger is the digital media editor at JAMA Network Open—he is also one of the voices in the influential #MedTwitter community, with more than 59,000 Twitter followers—so desk work is viable. Still, it would require a major reorganization of his time, it could involve a substantial financial hit and, most importantly, it would necessitate a rearrangement of his professional priorities.

“If I go down in clinical hours, I have to go up two or three times in office work,” he said. “Finding that balance would be tough.”

Nine months into this, in March 2021, Dr. Trueger was more than 300 miles from home, at the Mayo Clinic in Rochester, Minnesota. He had applied for and was granted an appointment there in his ongoing effort to land a diagnosis.

By then, his thymus pathology showed nonspecific granulomas, and his physicians were confident enough that he had a neuroimmunological problem, so he was assigned a neuroimmunologist. More tests followed, and in the brief window after securing his appointment at Mayo but before it was scheduled, one came back positive: A kelch-like protein 11 antibody test, which confirmed Dr. Trueger had a paraneoplastic syndrome mostly associated with seminoma.

The kelch-like protein 11 subtype of paraneoplastic syndrome is an exceedingly rare condition. Only about 100 people are known to have it.

“The physician I was assigned was Dr. Divyanshu Dubey, who, it turns out, is one of the people who first described my syndrome,” Dr. Trueger said. “So I happened to get an appointment with the exact right person.”

After taking leave for eight months to start treatment with intravenous cyclophosphamide for immune suppression, Dr. Trueger is back in the Northwestern ER now, aided by a walker. As part of his return-to-work program, he did a simulation of his more common procedures as well as the more serious ones and found he could handle them all.

“Once I started treatment, my progression stopped,” he said, adding that if the seminoma recurs, it is usually easily treated. “My physicians and I don't know everything about the long term, but I can expect to stay stable for at least a few years, if not longer. Unfortunately, I don’t have much of hope of getting better, but at this point I can still work in the ER.”

The biggest concern now is his suppressed immune system.

“If I stay immunocompromised, eventually I will get a serious infection, particularly with an ongoing pandemic. If I stop [immune suppression] too soon, my symptoms could worsen,” he noted in his JAMA Neurology essay. “In simple terms, I like sushi and undercooked cheeseburgers, but if this experience has taught me anything, it’s that I also like walking and talking.”

The experience has also reinforced for Dr. Trueger the importance of personal relationships, especially as the demands of the COVID-19 pandemic have frayed so many people’s nerves.

“Everyone's tired, everyone's overworked, so it’s easy for things to become antagonistic, especially in hospitals,” he said. “I've always tried my best to be nice to everyone, but I’ve come to better appreciate that you never know what battle somebody else is fighting. Everyone has some personal struggle they’re going through. We can all be nicer to each other.”