First It Was Masks; Now Some Refuse Testing for SARS-CoV-2 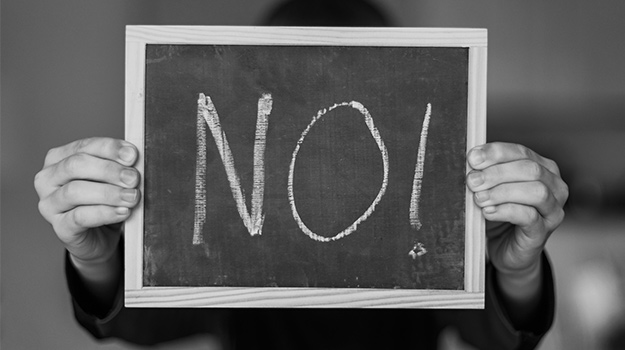 In JAMA Medical News & Perspectives Rita Rubin, MA reports on SARS-CoV-2 testing refusal. At a September webinar entitled, “Until We Have a COVID-19 Vaccine,” epidemiologist Michael Osterholm, PhD, MPH, expressed concerns about insufficient testing for severe acute respiratory syndrome coronavirus 2 (SARS-CoV-2) in the US. The problem has morphed from inadequate testing capacity to inadequate numbers of people agreeing to be tested, said Osterholm, director of the Center for Infectious Disease Research and Policy at the University of Minnesota.

In the pandemic’s early weeks, when a shortage of tests meant that mainly hospitalized patients were being tested, the demand was greater than the supply. Months later, laboratories have greater testing capacity, but in some states, testing rates have dropped as cases have increased.

Test avoidance appears to be a growing problem, at least anecdotally. Many of the same people who dismiss the need to test feel the same way about wearing a mask, in part because they think no one has the right to tell them to do either.

“There are challenges with the messaging, from the top to the bottom,” said Charity Menefee, MA, director of communicable and environmental disease and emergency preparedness at the Knox County Health Department in Tennessee. “The [pandemic] fatigue has set in; the politics have gotten more intense.”

How Much Testing Is Enough?

Testing is a key component of contact tracing, and only testing can reveal whether flulike symptoms are due to influenza or to the much more contagious and deadly SARS-CoV-2.

But most states aren’t performing enough tests, as evidenced by their 7-day average positivity rates, according to the Johns Hopkins Testing Tracker. As of October 23, only 16 states and the District of Columbia had a positivity rate of 5% or lower, which the World Health Organization has said jurisdictions should achieve for at least 14 days before reopening.

Not only does a positivity rate of more than 5% suggest greater community transmission, it also “indicates a state may only be testing the sickest patients who seek out medical care and is not casting a wide enough net to identify milder cases and track outbreaks,” the tracker’s website notes.

Some states might have a higher positivity rate in part because they still lack the capacity to test residents with mild or no symptoms, but some jurisdictions are waiting with open arms for more such individuals to show up for testing.

Take Knox County, population approximately 470 000, in which Knoxville, Tennessee, and the flagship campus of the University of Tennessee (UT) system are located. At its peak, the Knox County Health Department was testing 500 to 600 people a day, Director Martha Buchanan, MD, said in an interview. By mid-October, though, that number had dropped to 200 or so a day, she said. Meanwhile, Knox County’s hospitalizations for COVID-19 had risen to an all-time high, and the average daily positivity rate for the week ending October 19 was 12.75%.

The decline in testing extends beyond the health department, which, Buchanan said, conducts only about 15% of SARS-CoV-2 tests performed in Knox County. In early August, total weekly tests surpassed 10 000 but fell below that for the next 2 months, said Deborah Crouse, a spokeswoman for the Knox County COVID-19 Joint Information Center. By the last week in October, though, it appeared that the county was heading back up to around 10 000 weekly tests, thanks to public health messaging about the importance of testing, Crouse said in an email.

In her weekly livestream briefing October 16, UT Chancellor Donde Plowman, PhD, noted that students who live on campus are required to provide saliva samples if the school notifies them that they need to be tested. And yet, she said, participation for the week had dropped to around 48%, down from nearly 65% the previous week. At a Knox County Board of Health meeting September 30, Plowman talked about a “huge” reduction in the number of students’ requests for testing through the Student Health Center.

“It really gets down to the fear of isolation and quarantine,” Menefee said. Athletes don’t want to risk testing positive and keeping their whole team off the playing field, she said. “We’ve been hearing more and more of that.”

Likewise, parents of students at New York City Jewish schools in September circulated social media posts that advised keeping sick children home but not testing them for SARS-CoV-2 because the city health department had announced it would close schools if 2 or more students tested positive.

“We encourage all New Yorkers to get tested and have worked to ensure that message is received through social media, community-based partners, local providers and other channels,” a spokesman for the New York City Department of Health and Mental Hygiene said in a statement provided to JAMA. The spokesman noted that many of the Jewish schools still had to close for at least 2 weeks in October because they’re located in COVID-19 hotspots.

In Utah, a Republican state lawmaker who is among a growing number in the state declaring they won’t get tested for coronavirus disease 2019 (COVID-19) recently told The Salt Lake Tribune that he worried a positive test would put him “on the radar.” “The health department doesn’t need to know if I’m sick or not,” Mark Strong said.

But of course, the health department does need to know whether Strong or anyone else is infected with SARS-CoV-2. “It’s critical for people to get tested, and for those who are positive to isolate,” Pennsylvania Health Secretary Rachel Levine, MD, president of the Association of State and Territorial Health Officials (ASTHO), said in an interview.

That need to isolate if positive might be why some working adults avoid getting tested, said Marcus Plescia, MD, MPH, ASTHO chief medical officer. They can’t afford to stay home from work, as recommended by the US Centers for Disease Control and Prevention (CDC).

“We have to deal with some of these disincentives, and also just make it fair,” Plescia said in an interview. “We have to make the health choice the easy choice. I don’t think we have.”

In addition, while COVID-19 doesn’t carry a stigma like several other infectious diseases, some individuals still feel embarrassed if they test positive, Plescia said. They think, “I might have infected all kinds of people I might have come in contact with,” he explained. On the other hand, “if you don’t get tested, you don’t know.”

A Question of Autonomy

One of the arguments against testing is the same as one made against wearing masks. As a 65-year-old Utah woman, a member of the far-right Constitution Party, proclaimed to The Salt Lake Tribune, “I will not get tested [for SARS-CoV-2]. That’s my right.”

Bioethicist Arthur Caplan, PhD, would beg to disagree. “What we don’t need is people playing politics with testing,” Caplan, founding head of the Division of Medical Ethics at the NYU School of Medicine, said in an interview. “Ethically, it’s hollow. It doesn’t make sense.”

But in early October, several Republican senators, including Iowa’s 87-year-old Chuck Grassley, declined to be tested, even though 3 of their colleagues had positive test results for SARS-CoV-2 and might have infected them. At least one observer speculated that Grassley and the other senators who might have been exposed to SARS-CoV-2 avoided testing because they didn’t want to set back Amy Coney Barrett’s nomination to the US Supreme Court.

Caplan cited a quote often attributed to the philosopher John Stuart Mill, although its origins are murky. It goes something like “your liberty to swing your fist ends just where my nose begins.”

The Equal Employment Opportunity Commission (EEOC) agrees. Employers can mandate that employees be tested for SARS-CoV-2 before allowing them in the workplace, as long as it’s consistent with CDC guidelines. Such testing meets the Americans with Disabilities Act’s “business necessity” standard, according to the EEOC.

A recent article by UK clinical geneticists described refusal to be tested for SARS-CoV-2 as “an emergent ethicolegal issue.” Although patient autonomy is “a key pillar of medical ethics,” in exceptional circumstances, such as a serious infectious disease pandemic, autonomy is overridden by competing interests, the authors wrote.

Patients who refuse preoperative SARS-CoV-2 testing put themselves and health care workers at risk, notes a statement from the American Society of Anesthesiologists (ASA) and the Anesthesia Patient Safety Foundation. If patients refuse to be tested, the ASA recommends delaying procedures until they agree to be tested and have negative results or, if they’ve had symptoms suggestive of COVID-19, are asymptomatic for at least 10 days.

Claiming that people need to mind their own business when it comes to refusing SARS-CoV-2 testing is “morally repugnant,” Caplan said. “Of course it’s other people’s business. You’re testing not just for yourself, but for your grandmother, and your elderly neighbor, and your immune-compromised kids.”