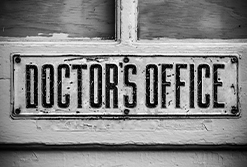 Chances are now slightly more likely that you are a physician employed by someone and not a physician who owns his or her practice. In 2018, 47.4 percent of practicing physicians were employed, while 45.9 percent owned their practices, according to a new entry in the AMA Policy Research Perspectives (PRP) series. The PRP is based on data from the 2018 AMA Physician Practice Benchmark Survey, which included 3,500 physicians from 50 states and the District of Columbia who provide at least 20 hours of patient care weekly and do not work for the federal government.

“Transformational change continues in the delivery of health care and physicians are responding by reevaluating their practice arrangements,” said AMA President Barbara L. McAneny, MD. “Physicians must assess many factors and carefully determine for themselves what settings they find professionally rewarding when considering independence or employment.

“The AMA stands ready to assist with valuable resources that can help physicians navigate their choice of practice options and offers innovative strategies and resources to ensure physicians in all practice sizes and settings can thrive in the changing health environment,” Dr. McAneny said.

The new ownership figures are a milestone, marking the first time the number of employed physicians is greater than the number of those who own practices. But it doesn’t mean physician-owned practices are going away.

The PRP, “Updated Data on Physician Practice Arrangements: For the First Time, Fewer Physicians are Owners Than Employees,” shows there are still a large number of physician practice owners. And it notes that this decline is the continuation of a trend that medicine has been watching for more than three decades.

In fact, the rate at which physician ownership is falling is slower today than it was in the late 1980s and early 1990s. The share of physicians who are owners fell by more than seven percentage points in the six years between 2012 and 2018, data from the Benchmark Surveys shows. During the six-year span between 1988 and 1994, ownership fell 14.4 percentage points, from 72.1 percent in 1988 to 57.7 percent by 1994.

“Given that only now has the point been reached where the number of employed physicians exceeds the number of owner physicians, caution should be taken in assuming current trends will continue indefinitely,” says the PRP, written by Carol K. Kane, PhD, director of economic and health policy research at the AMA.

Hearing the words “employed physician” often leads people to assume that hospitals are the only ones employing doctors. But, as the AMA data shows, that is not always the case.

In 2018, 10 percent of physicians were employed in practices that are entirely owned by other physicians, also called private practice. In total, and including the practice owners and the physician employees and independent contractors who work for them, more than half of physicians—54 percent in 2018—worked in practices that are entirely owned by physicians, according to the PRP. That number is down from 2012, when the share stood at 60.1 percent. But the numbers indicate the downward trend has been slowing because half of the shift occurred in just the first two years of that six-year period.

Breaking down the demographics

Digging deeper into the data, the PRP also looks at who is more or less likely to own practices. For example, men are more likely to own practices than women. In 2018, 52.1 percent of men had practice ownership compared to 34.3 percent of women. According to the PRP, some of the gender difference may be explained by women often choosing specialties, such as pediatrics, that have relatively high employment rates. For instance, in 2018, about 17 percent of women physicians were pediatricians compared with 7 percent of men.

Here are some other nuggets of interest:

Resources from the AMA can help physicians start and sustain a successful private practice, learn the landscape of private practice, discover different business models and more. For more information, read more at AMA News and Research